It’s been quite a while since my last post — Work, my son, real-life has been so busy over the past 6 weeks or so. I’m finally coming up for air, and with a huge sigh of relief. I’m looking forward to the Thanksgiving holiday — 4 whole days off in a row!! And I know exactly what I am going to do with my time.

A lovely 13.2 pound, salt-brined turkey awaits my oven, with sausage dressing, creamed corn, egg bread, and a lovely pumpkin pie on my list to make for our Thanksgiving dinner. It is just the two of us – my son and I, again, and with all the food we are going to make, I think we’ll be having a lot of left-overs the following week.

Thanksgiving used to be just about the food I made — making dishes that were delicious and impressive – that made my Thanksgiving good. But as I have changed and grown over the past 2 years, I’ve realized this Thanksgiving, in this 2007 year, that, though we are making the traditional foodage, Thanksgiving isn’t about just the food anymore to me anymore. It’s about the experience, and making good memories with my son. It’s the idea of being grateful, thankful, and appreciative of the important people in my life – my son, Sander, and my friends — Ken, Scott, Nicky, Mark & Al… none of them I could have made it without this past year and a half, and all of whom have enriched my life in one way or another.

I have a lot of memories of Thanksgiving day ..

It’s that last one, “Making cranberry bread”, that I want to tell you about now.. or, at least, share the recipe.

I first made cranberry bread in Mrs. Ellison’s 3rd grade class — I was so proud, and it was very good. I remember bringing the bread home, and my father making a fuss over it — how good it was, how nice it looked, and impressed that * I * baked it. Well, me and 21 others, anyway.

Over the years, I always made cranberry bread at Thanksgiving – always the night before, for breakfast the next morning. For the first few years, I stuck with Mrs. Ellison’s recipe, but later I began trying other recipes, and other ways to make it. Some recipes with (dare I say it?!?), too many cranberries, some with not enough, some with no nuts (why bother?!), some with other fruits added.. and all were pretty good — can cranberry bread really be bad?

I don’t really know what the trick is -( I think it’s the oven temp), but I know that this version is the one people have always enjoyed. I usually make a double batch of it, freezing the second one for some mid-December treat. 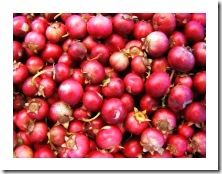 Oven should be at 375 to start. Grease a regular sized bread pan.

Mix together the wet ingredients — this is a muffin method prep, not a yeast bread. Mix the juice, zest, buttermilk, butter and egg in a bowl. In another, larger bowl, mix together well the flour, sugar, salt, baking powder and soda. Pour the wet ingredients into the dry, and mix just until it comes together. It will be lumpy. It will not look like you mixed it enough — it is supposed to look that way!!! Over mix, and the gluten in the flour will just have way too much fun and make the dough tough. So just stop!! Now, add the cranberries and pecans, and fold these in gently, not over-mixing at all. Just fold until.. now!!

Spoon the batter in to the bread pan, making sure you get it evenly in all the corners.. just shake the pan a bit to evenly spread it out.

I gave this recipe to a friend a few years ago, and she was quite disappointed. Turns out that she chopped cranberries and then measured them. The recipe says, “3 cups cranberries, chopped”, meaning measure 3 cups of whole cranberries, and /then/ chop them!!

To toast pecans, heat griddle or frying pan over medium heat. Add pecans, chopped coarse; toast, shaking pan frequently, until nuts are fragrant, 3 to 5 minutes. Be careful, though, as pecans (or any nut, really), will burn quickly.

This recipe doubles extremely well, and it freezes great, too. Once the bread is cooled completely — at least 3 hours, wrap it in parchment paper well, and then place in a ziplock bag, removing as much air as possible, and freeze for up to a month. To thaw, remove the bread from the bag and wrap in another layer of parchment paper (which will wick up the moisture as the bread freezes, so the bread doesn’t get soggy. Serve as usual.